We’re thrilled to finally be able to perform Beethoven’s Calm Sea and Prosperous Voyage at our 2022 festival - now open for applications! Here is our Choral Director, Keith Orwell, telling us all about it when were due to perform in May 2020. ... See MoreSee Less

'Inspiring music, a great conductor and a warm welcome in #Heptonstall . Consider joining it’. (PSM 2019 orchestra member)
Applications are now open via the website for places in the 2022 #choir and #orchestra
https://www.penninespringmusic.co.uk/join-us/

We are excited to announce our soloist for Saint Saëns‘s ‘Introduction and Rondo Capriccioso’ performed on Tuesday 28th May, and for Wieniawski‘s ‘Violin Concerto No. 2’ performed on Saturday 1st June: Savva Zverev. Savva Zverev was born in 1998 into a family of musicians in the city of St. Petersburg, Russia. He began learning the violin at the age of 5 with Natalia Fikhtengolts at the Gnessin School of Music. At the age of 7 he entered the Central Music School of the Moscow Conservatoire where he was under the tutelage of the eminent violin pedagogues, Prof. Galina Turchaninova and Prof. Asya Kushner.

In 2016, Savva received a scholarship to study at the Royal Northern College of Music in Manchester where he is currently studying under Yuri Torchinsky, the leader of the BBC Philharmonic, and is generously supported by the Thomas Jellis Bequest.

Savva’s most recent performances include a concert with the Hallé orchestra at Manchester’s Bridgewater Hall, performance with the RNCM symphony orchestra in Montepulciano, Italy, and concerts with orchestras throughout the UK. In March 2018 he performed G. Enescu’s string octet with the Aronowitz ensemble during the RNCM chamber music festival.

Savva Zverev is currently using a fine instrument by J. B. Vuillaume and a bow by E. Sartory that have been generously loaned from the collection of Dr Andrew Winter, Warrington, UK.

Applications for PSM 2019 are now open!!

Join us for the 2019 festival by applying now: 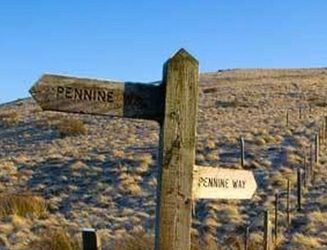 Apply here for the choir and orchestra: http://www.penninespringmusic.co.uk/join-us/

Solomon-Miles Donnelly is a 16 year old pianist from Rainhill. He began lessons with Simon Bottomley in 2013 and a year later joined Chetham’s School of Music. Solomon-Miles has played in numerous concerts across the North West and has also played in Poland, Jersey and London. As well as concerts, Solomon has played in several masterclasses with pianists such as Steven Hough and Simon Callaghan. In February 2018 he will take part in a competition in Belgium and has been the overall winner of the Rainhill, Hazel Grove and Warrington music festivals.