Israel-born conductor Orr Guy beneﬁts from some of Europe’s ﬁnest conducting training. In 2014, after completing his Bachelor’s degree in Israel at the Buchmann Mehta School of Music, he was taught by Howard Williams at the Bartok festival in Hungary and conducted the Savaria Symphony Orchestra. In 2016, he took masterclasses under renowned conducting teacher Nicolás Pasquet in Weimar and was chosen to conduct Leipzig Radio Orchestra. In 2017, he was the ﬁrst Israeli to be accepted as an active participant at the Järvi academy where he was coached daily by the famous Maestri Paavo and Neeme Järvi. He then completed his Masters degree in conducting at the Royal Northern College of Music (RNCM), where he enjoyed numerous masterclasses with Sir Mark Elder. During his studies in Manchester, he regularly assisted chief conductor Vasili Petrenko at the Royal Liverpool Philharmonic Orchestra and Juanjo Mena at the BBC Philharmonic Orchestra. For his graduation concert, he conducted the BBC Philharmonic and was invited to work with the orchestra again in September 2018 at RNCM, conducting a Masterclass.

Orr made his Bridgewater Hall debut in June 2018 where he stepped in to conduct RNCM Symphony Orchestra after distinguished conductor Yan Pascal Tortelier cancelled with less than a week’s notice. Orr won ﬁrst prize at the Buchmann Mehta School of Music’s chamber music competition for his performance of Igor Stravinsky’s Histoire Du Soldat suite, was twice awarded a conducting scholarship by the America Israel Cultural Foundation, and won RNCM’s Mortimer Furber Prize in conducting. He has conducted a range of orchestras including the Israel Chamber Orchestra, Meitar ensemble, Ra’anana Symphonette and many amateur orchestras around Manchester. He has also conducted at the Wigmore Hall in London, Neue Weimarhalle in Germany and Pärnu Concert Hall in Estonia. 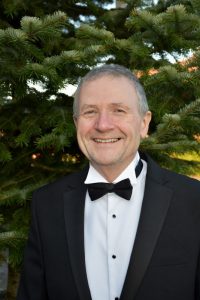 Keith Orrell is a versatile and vibrant choral and orchestral conductor, and music leader, based in the north-west of England.

He is currently the Musical Director of the William Byrd Singers of Manchester (since 2009) and the Liverpool Welsh Choral (since 2004). In 2011 he took up the choral directorship of the Pennine Spring Music Festival. Keith recently retired after thirteen years as Vocal Projects Leader Wigan Music Service where he made a strong impact on the development of singing in schools in the area. His seventy-six ‘Let’s Sing!’ projects and concerts had a massive impact on the singing experiences of around fifty thousand children in the area, and has left a lasting legacy. He is also a dedicated church musician, organist and pianist, and is the Director of Music at the church of St Agnes and St Pancras in Liverpool.

He was Chorus Master of the Hallé Choir in Manchester for seven years, working with leading international conductors such as Kent Nagano and Mark Elder, and has acted as a guest Chorus Master for other symphony orchestras in the UK, including the BBC Symphony Chorus. When residing in the Midlands, he formed and directed the Shropshire-based chamber choir, the Beaumaris Singers until 2004, which he founded in the 1980s. More recently he also worked briefly as Director of Music at Liverpool’s Metropolitan Cathedral. He has also led children’s choirs, youth choirs and larger mixed adult choirs such as the Birmingham Singers, Stone Choral Society and Staffordshire Youth choir.